Designed by German design legend Hartmut Esslinger of Sony and Apple Macintosh fame, our new über-performance preamp STERN combines Audionet’s unique electronics, stratosphere version, with a design quality that has not been seen in the realms of highenddom before.

One amp to rule them all – STERN rises high above anything, anywhere – even our serial show winner PRE G2 (2015 “best sound” at RMAF, AXPONA, T.H.E.SHOW and HIGHEND. 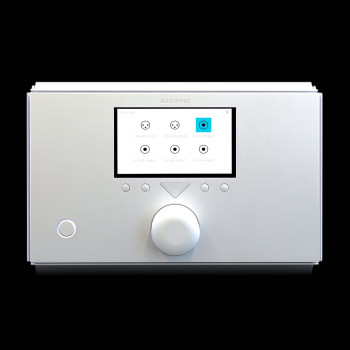 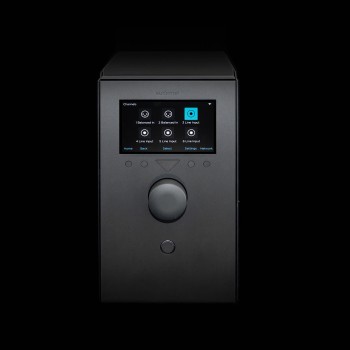 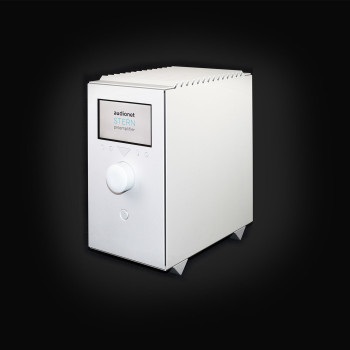 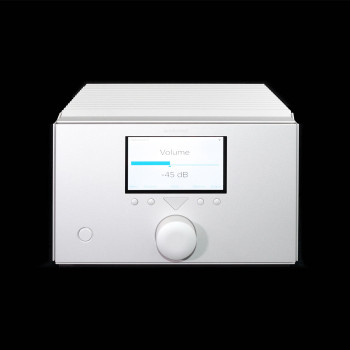 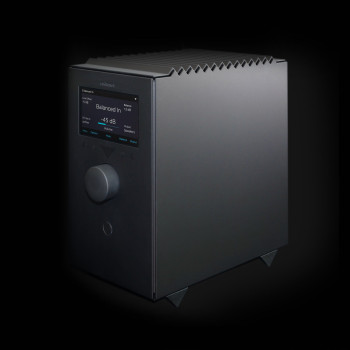 Magnetically and capactively optimized circuit and device design without any ferro-magnetic materials.
Floating Design for optimal resitance against microphonic effects and temperature stability.
The floating panels of the body are resonance-optimized by massive brass pads on an aluminum frame.
Mounting and bolted assembly of transformers made of stainless steel.
Double mono layout of circuitry and power supply for maximum channel separation.
Air Flow Design circuit boards for an optimum of cooling and stable quiecent currents.
Galvanic separation of all analog circuits by opto couplers.
The input and output sections as well as the volume control are realized using enhanced, discrete Audionet operational amplifier modules with state-of-the-art mica capacitors.
Rhodium Cinch jacks by Furutech.
Volume controller on a double ball-bearing axis and with magnetic ratchet and optical sensing.
Volume controlled by electronic switches and real-time linearized precision resistor network.
DC coupled with no sound deminishing capacitors or coils, shortest signal paths.
One separate transformer per channel for the positive and negative half wave, leding to the perfect power supply.
Four encapsulated and decoupled 50 VA toroid transformers.
Main power supply capacitors 22,000 µF, optimzed for very low impedance and made with silk dielectric.
Total capacitance of 176,000 µF.
Microprocessor control with separate power supply monitor and control all functions and inform the user on a high resolution display.
By-Pass mode for integration into home cinema systems.
Audionet Link outputs for the remote control of further Audionet devices.
User definable names for each input, input levels adjustable for each input.
User selectable function to remove DC levels from signal sources.
Rhodium fuse. 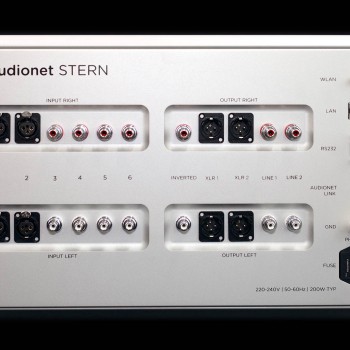 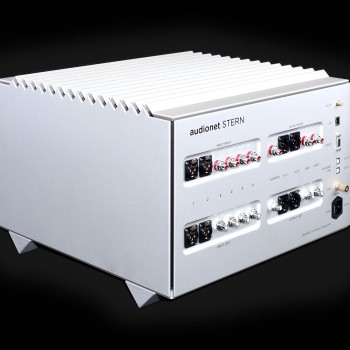 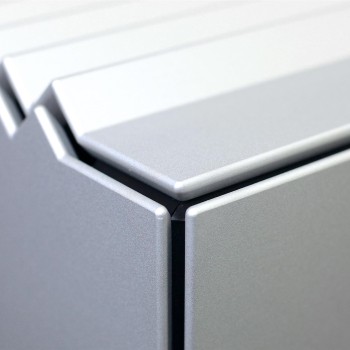 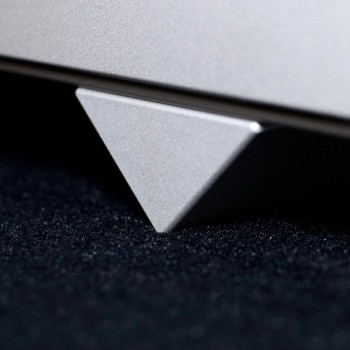 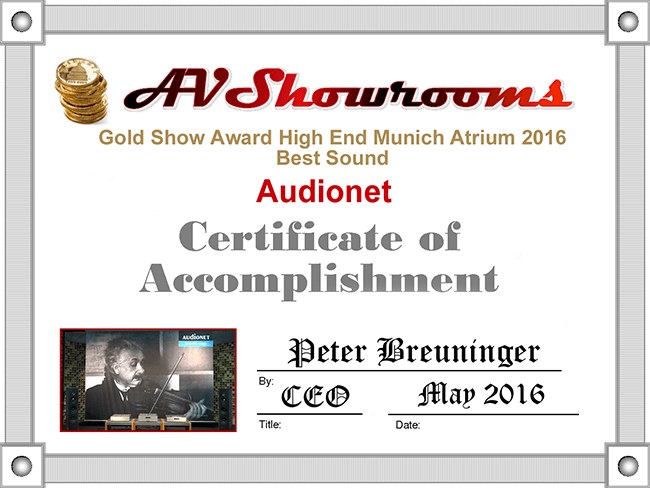 Audionet receives the AV Showrooms Gold Show Award for the best sound at the HIGH END Munich in May 2016.

BEST OF SHOW at AXPONA 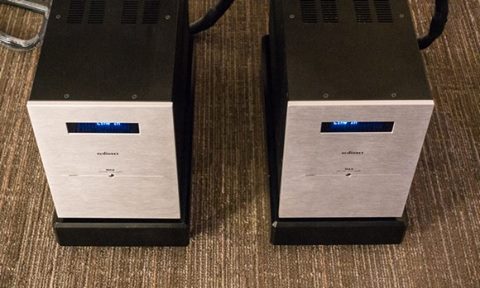 Julie Mullins of The Absolute Sound considered the AUDIONET ROOM a Best of Show: “Another of the systems I most enjoyed was YG Acoustics Hailey 1.2 loudspeakers and solid-state electronics from Audionet of Germany – the PRE G2 preamp, MAX mono amps, and PAM G2 phonostage.”

The SCIENTISTS are coming!

This year, at HIGH END 2016 in Munich, the Audionet magic will transcend all boundaries between Hifi and celebrated design. We cordially invite you to visit us at the High End 2016 in Showroom C121 in the Atrium 3 and in our dealer/press center F001 to meet 5 brand new components within the two new SCIENTIST series:

HEISENBERG and STERN – our new Über-Amps in the ultimate highend series, designed by the legendary Hartmut Esslinger of Apple fame.
PLANCK, WATT and AMPERE – the first three machines from our new ultra-highend series

All hand built in Germany to scientific standards – by people who sure know what they’re doing. We are confident that we will enthrall and impress you! Looking forward to seeing you in Munich for the launch of the new ultimate highend icons! 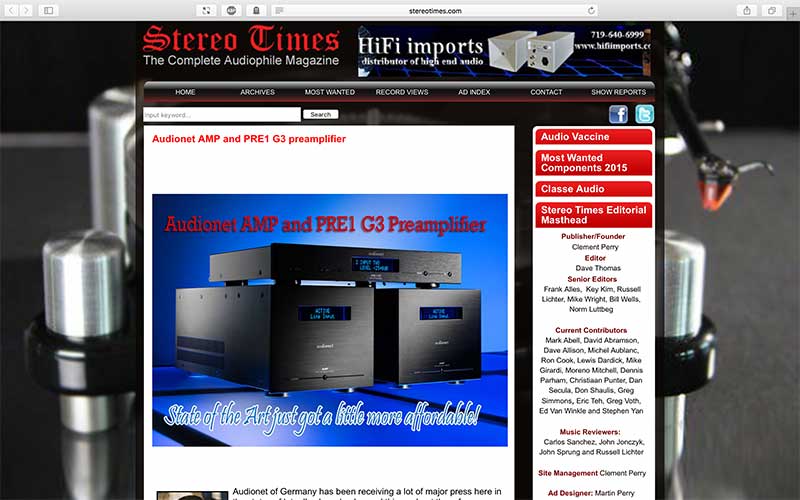 “As far as I’m concerned, the Audionet AMP and PRE1 G3 are serious contenders for top-notch solid-state electronics in the here and now and earned my choice as a “Most Wanted Components 2015” award. Highly recommended!”